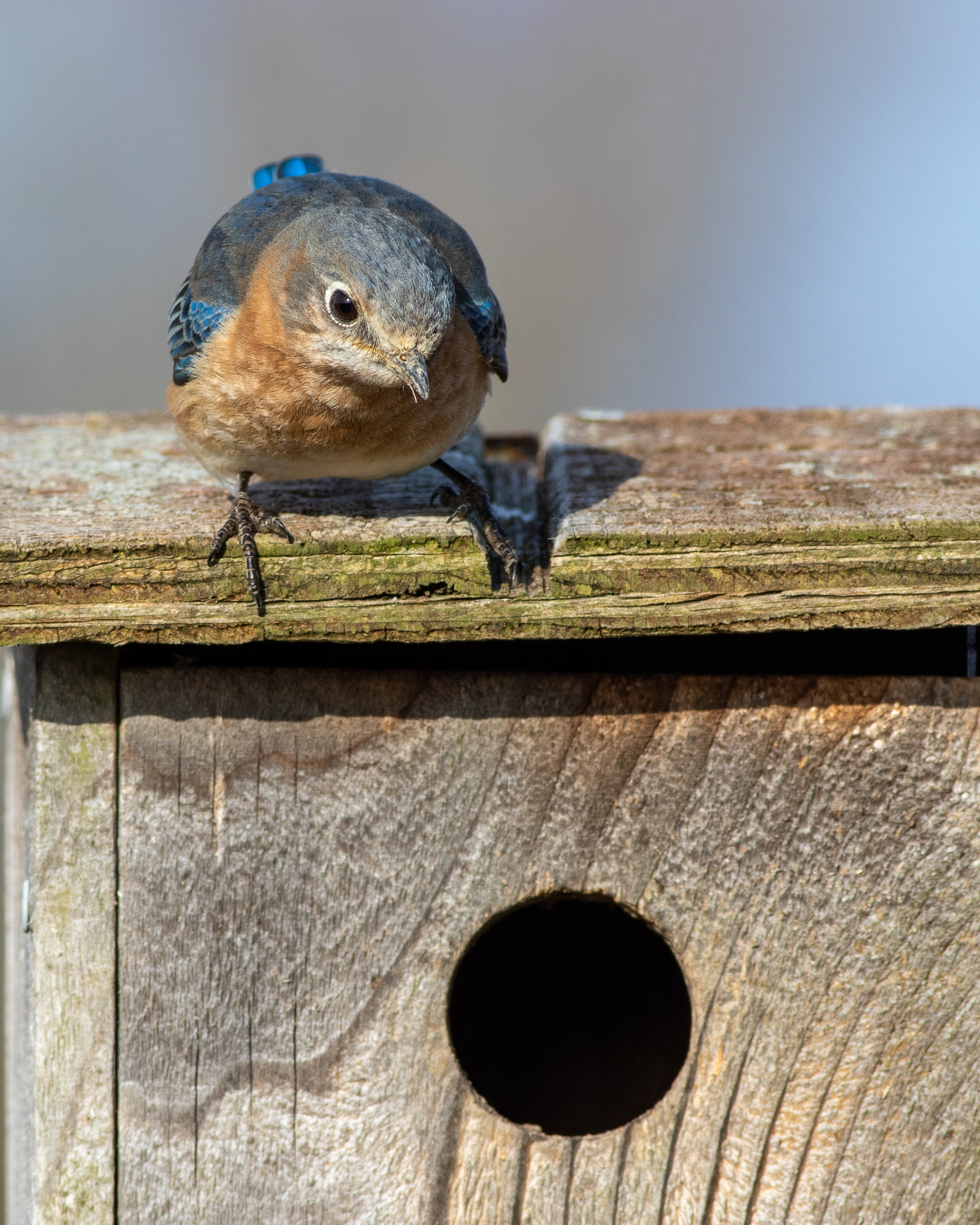 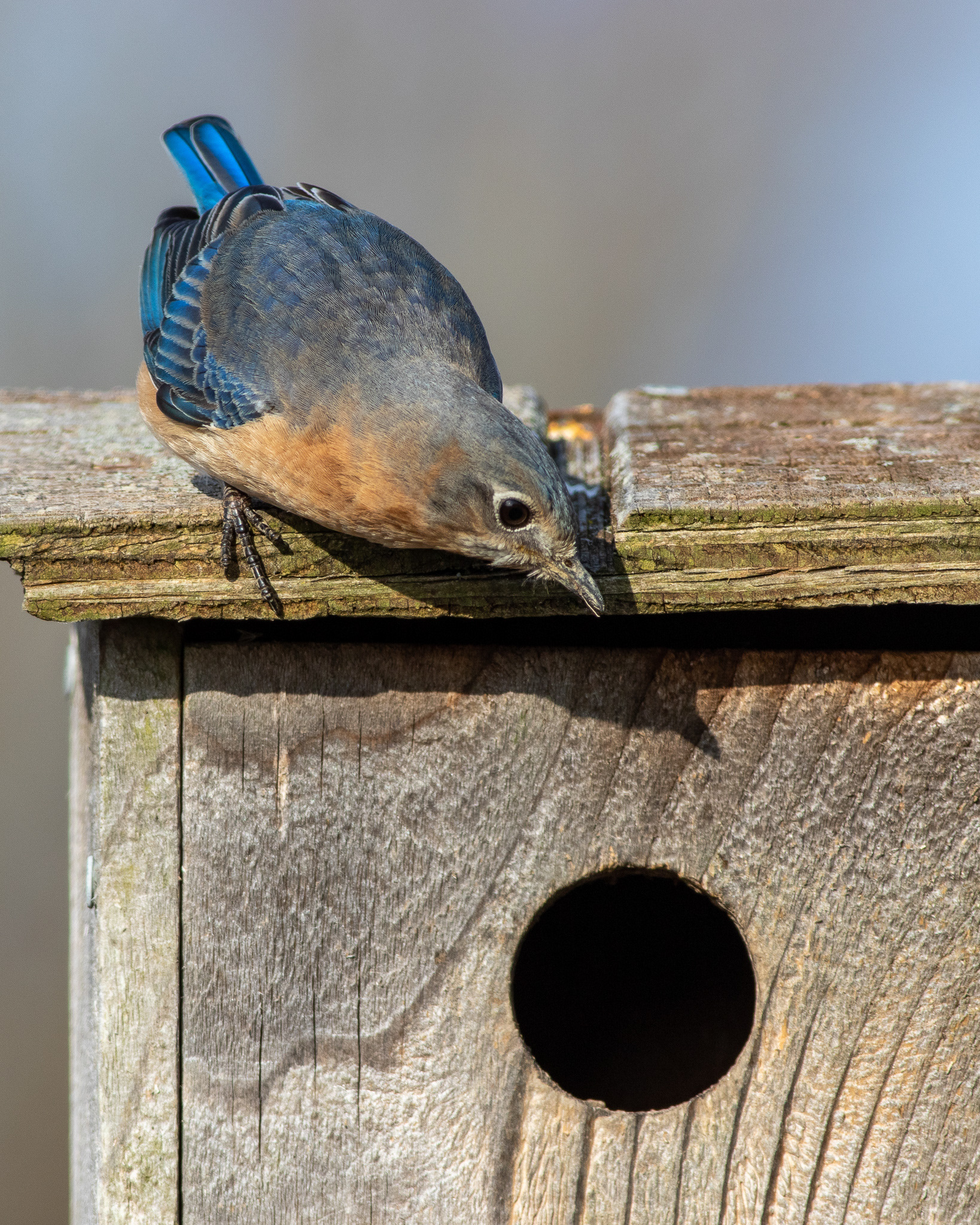 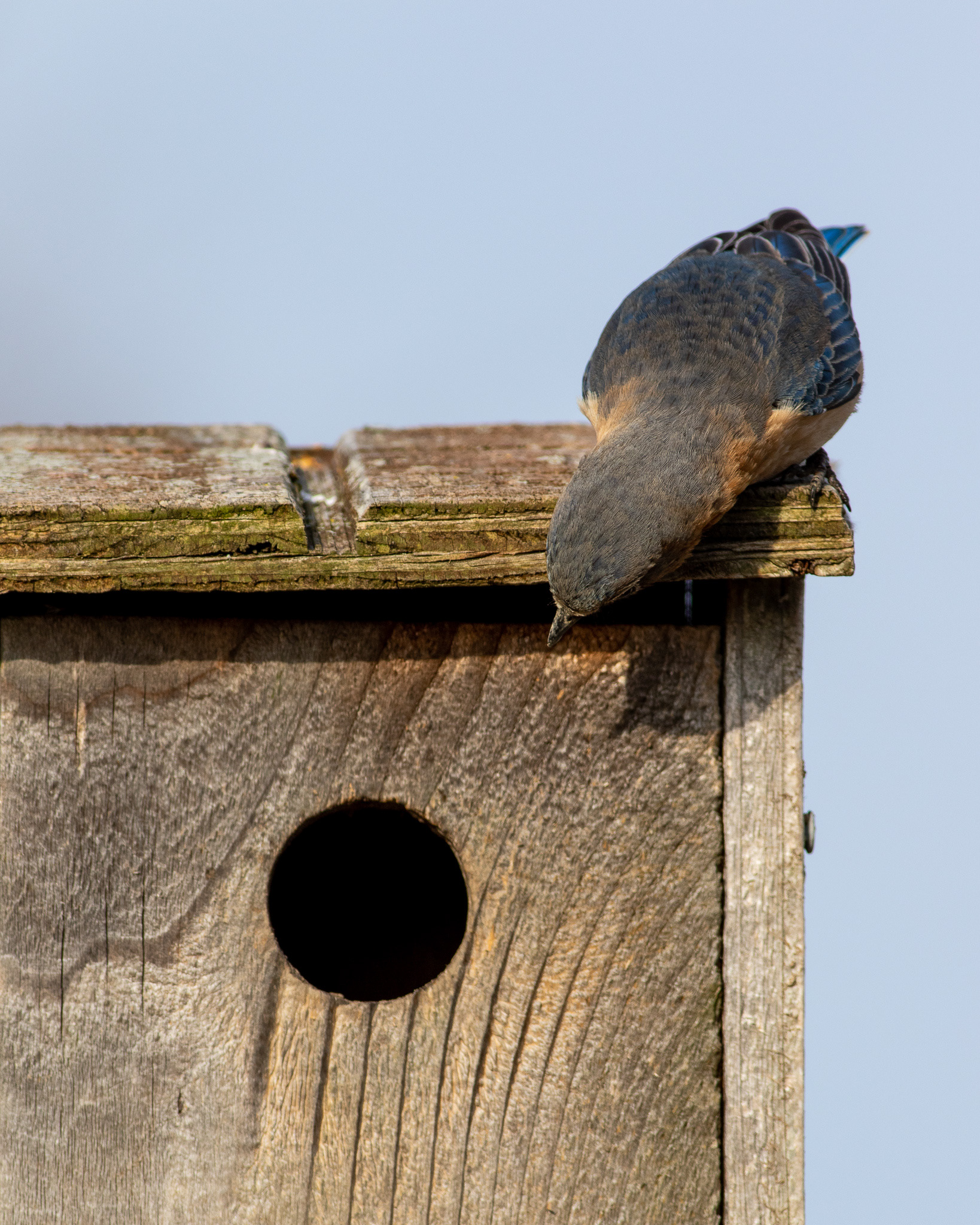 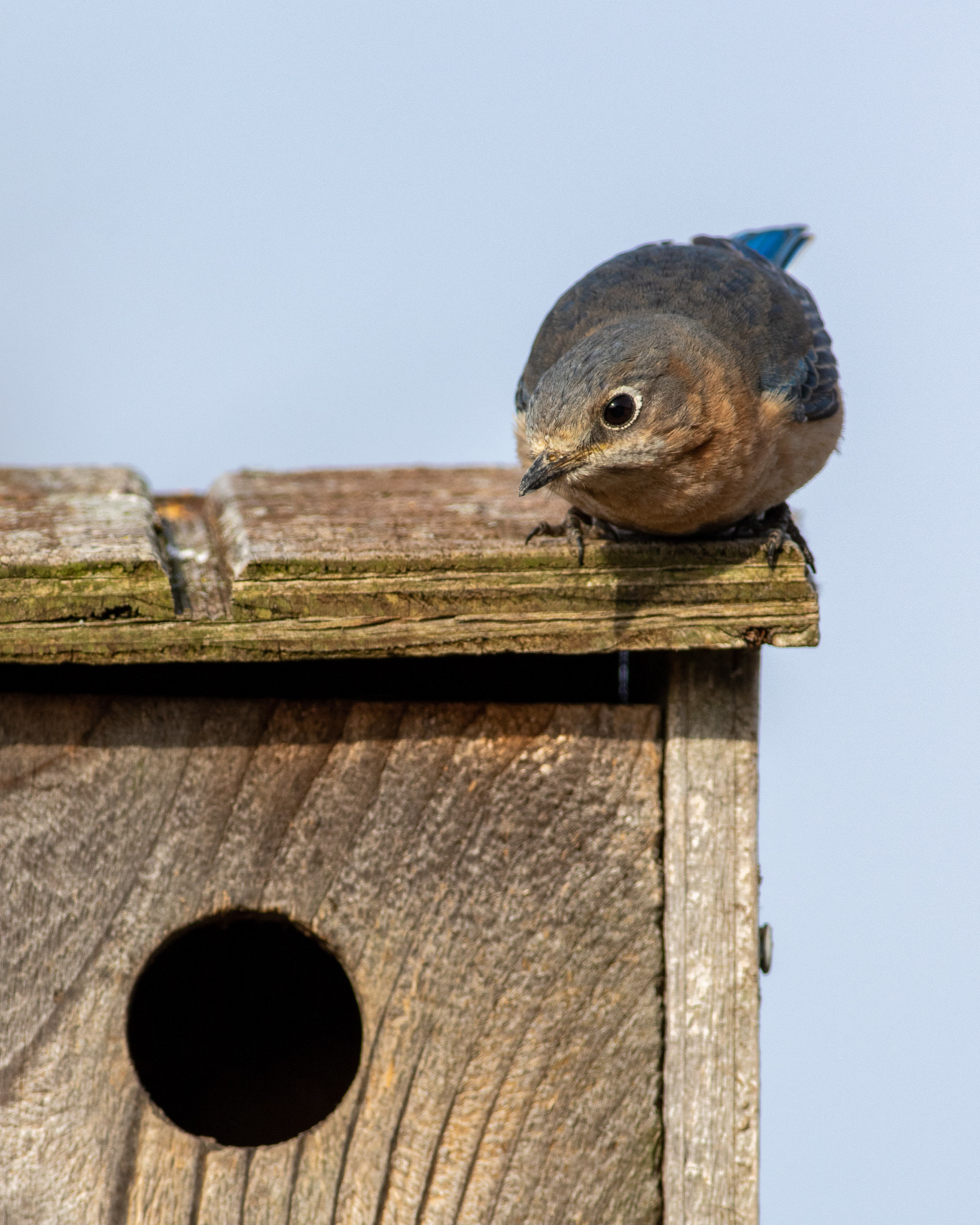 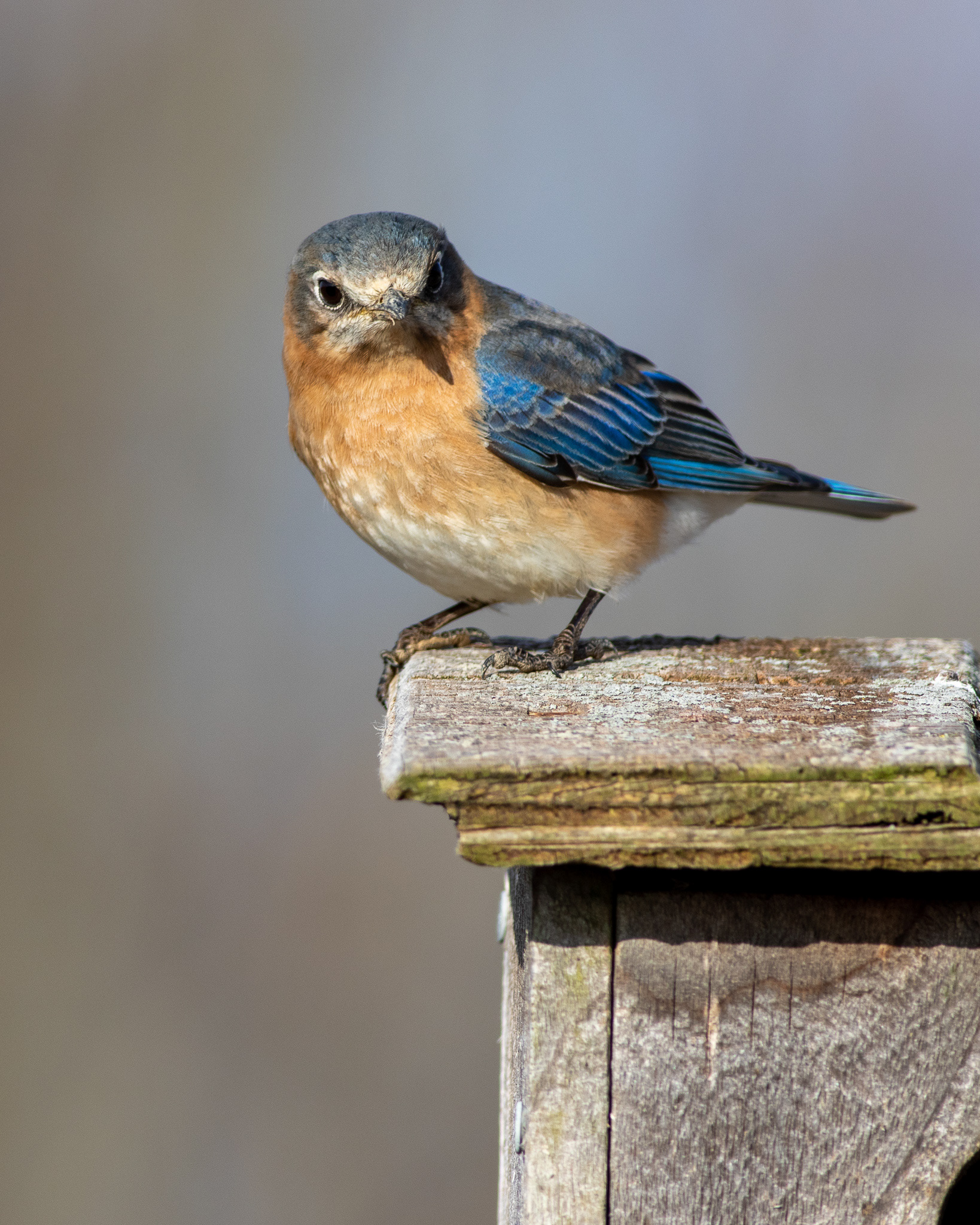 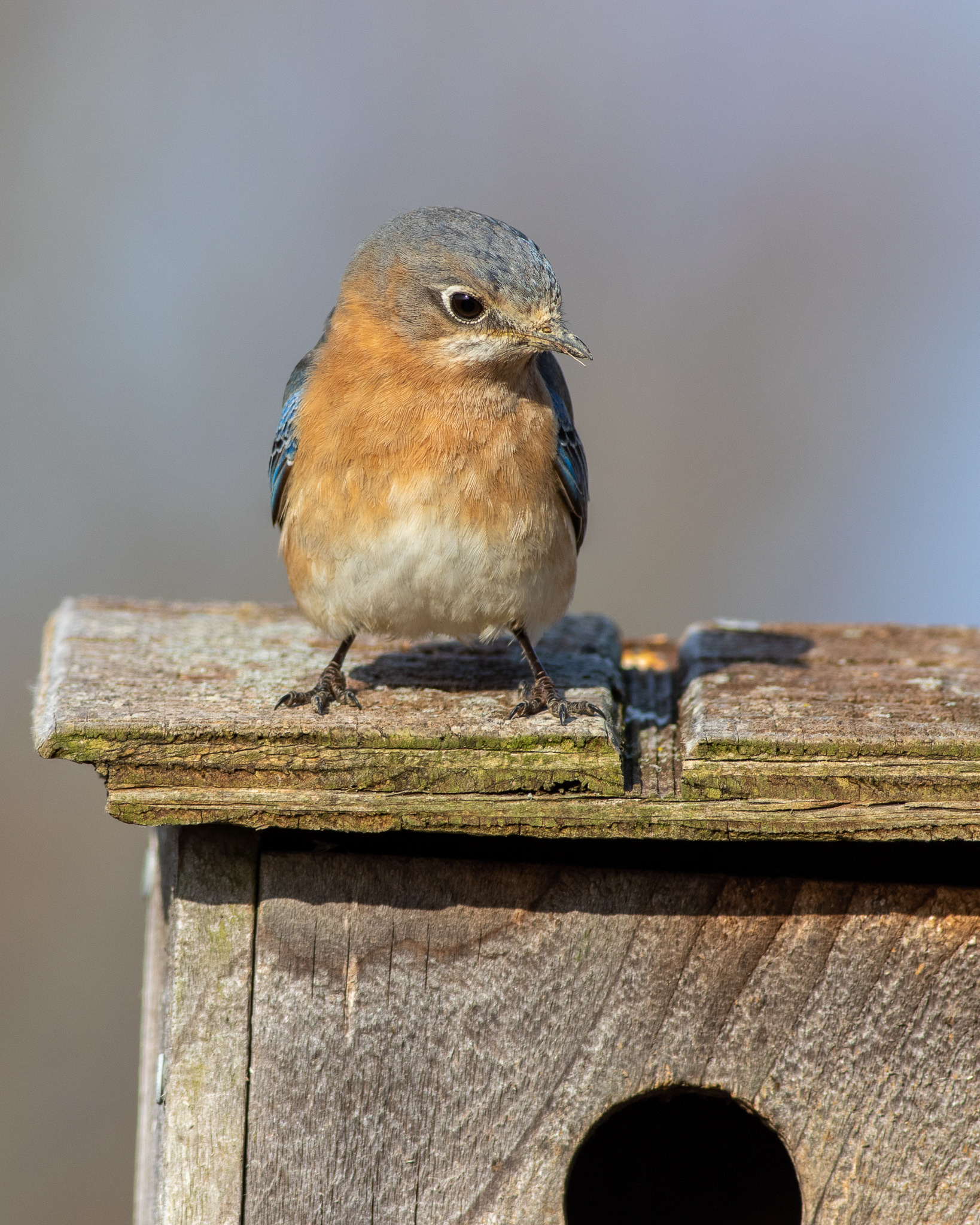 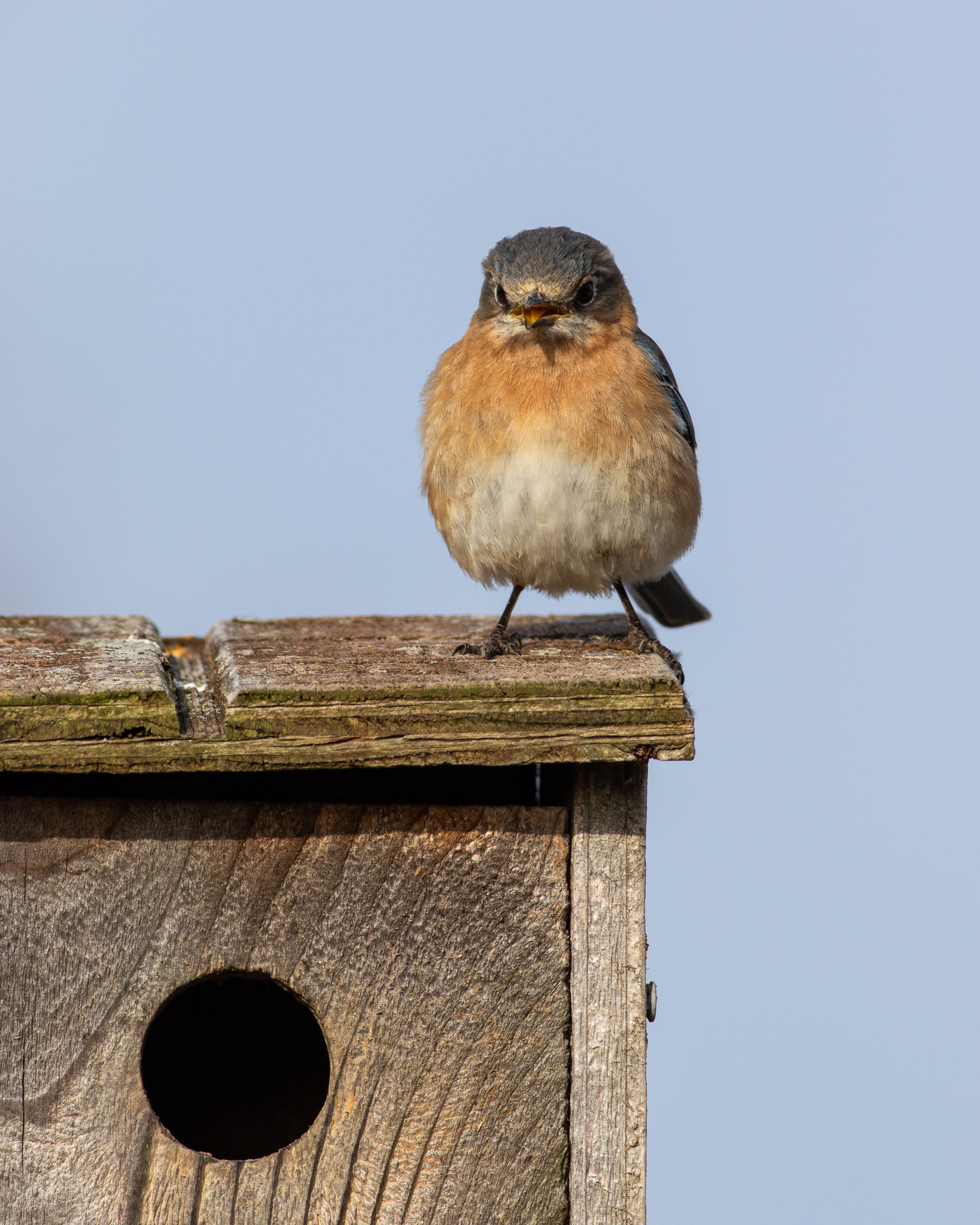 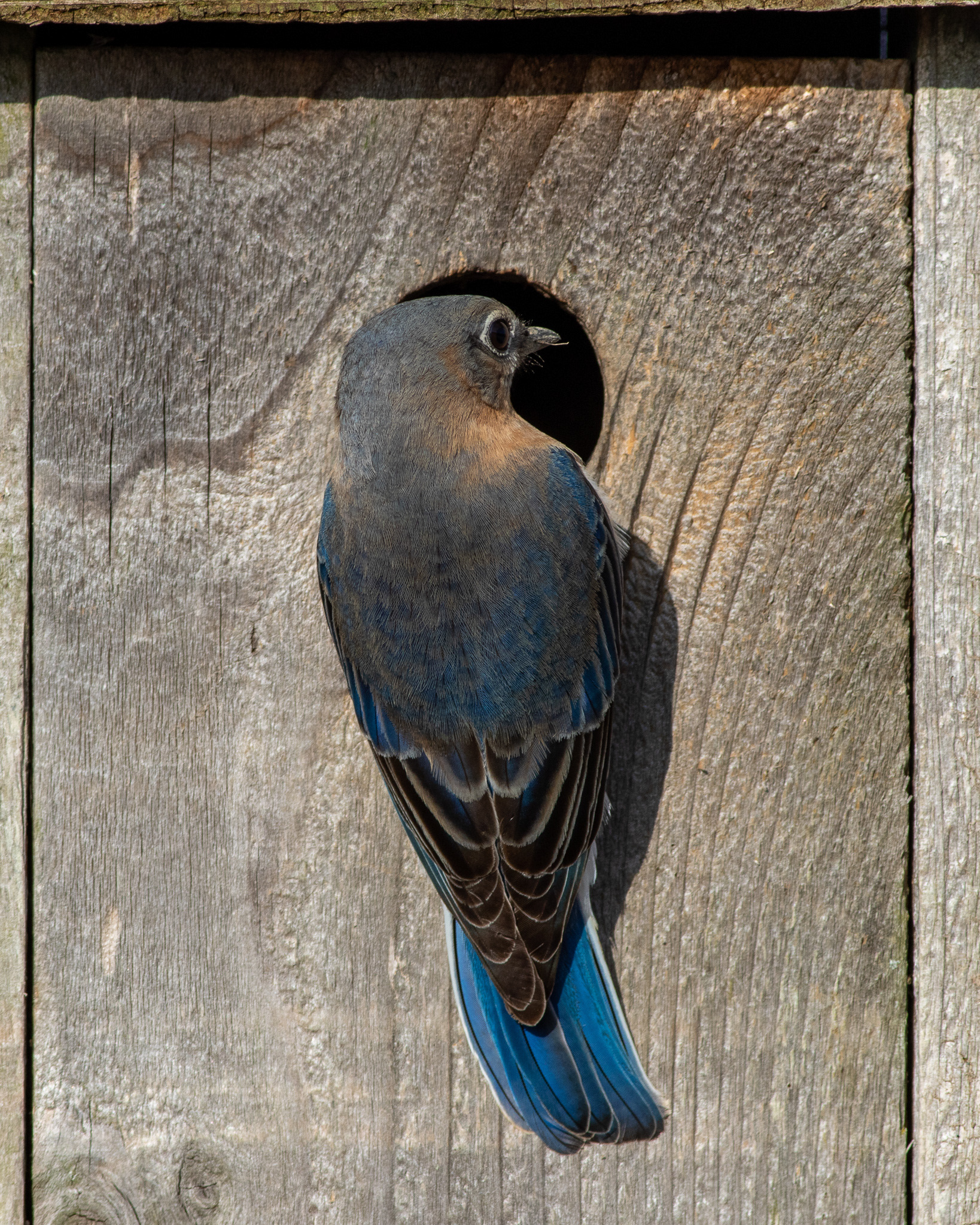 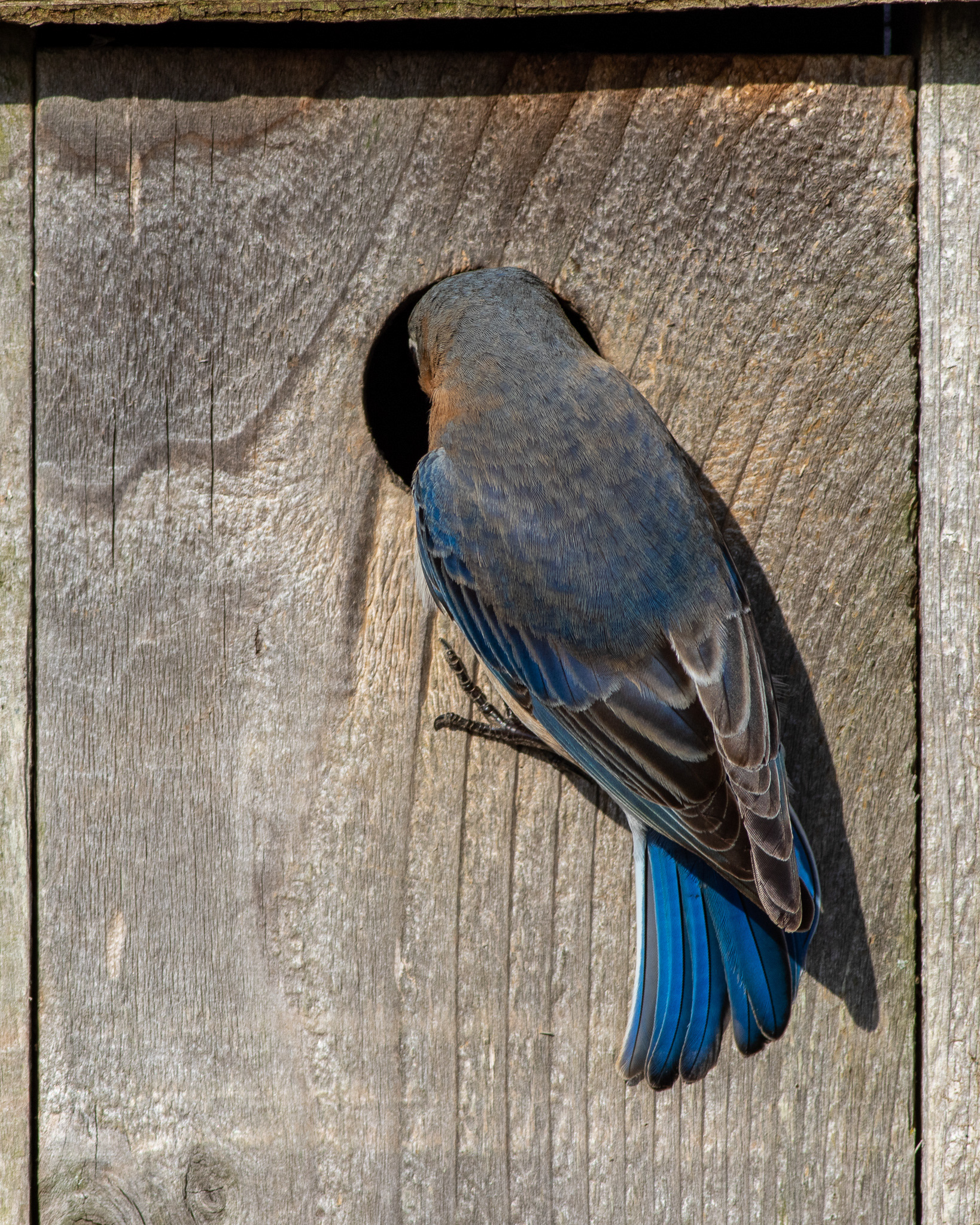 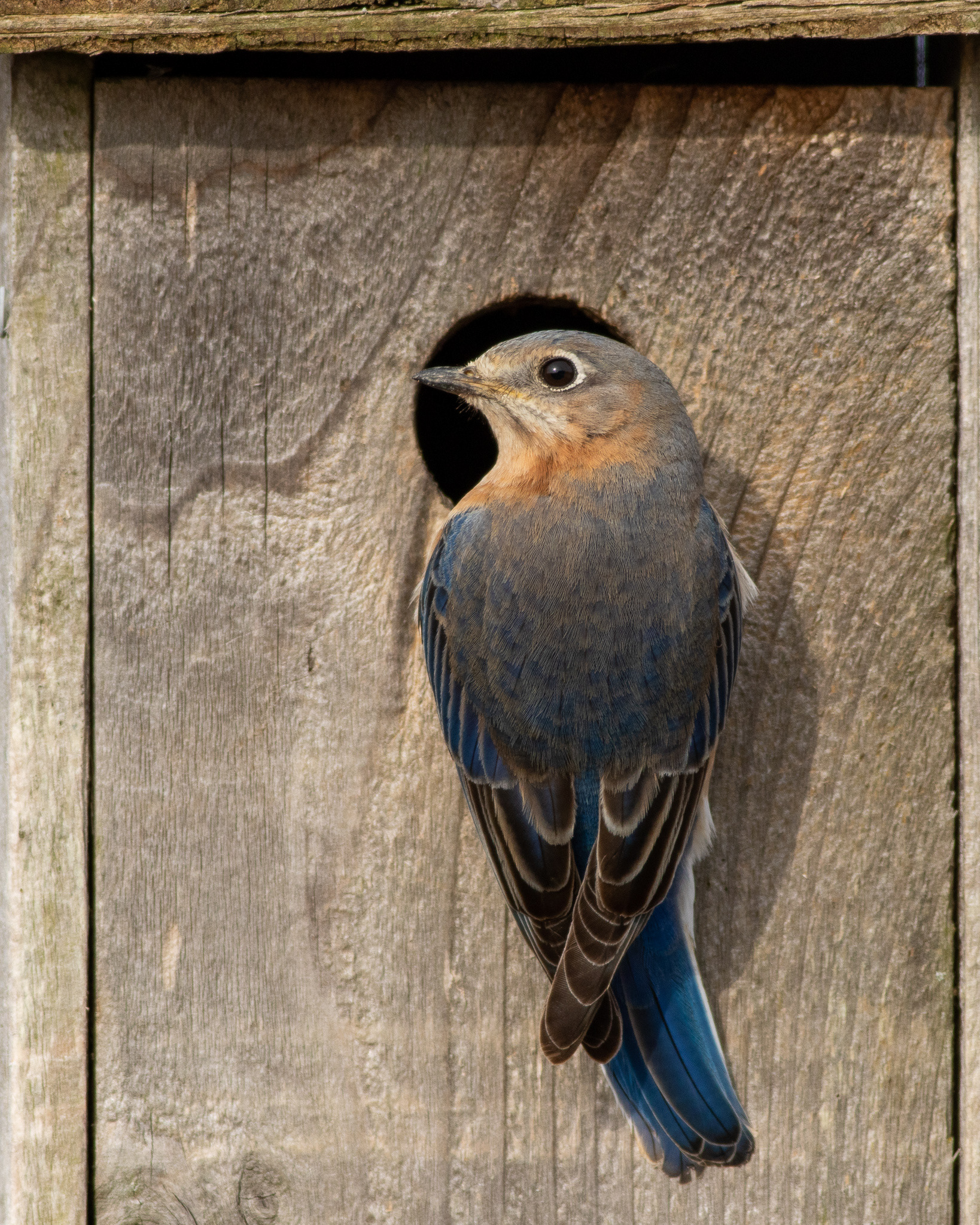 These photographs were captured just after sunrise on Capability Farm. In addition to a bluebird pair, I observed this nest box attracting several different species in early spring, making it a prime location for a stakeout. Many people in the local naturalist community, including followers of the Capability Farm Facebook page, build and maintain bluebird boxes. I hoped to showcase the beauty of the species and their connection to those conservation efforts at a time when everyone was really anxious for a new season. I captured the photos from a blind using a DSLR and telephoto lens on a tripod. Later they were processed in Lightroom and the title text was added in Photoshop. 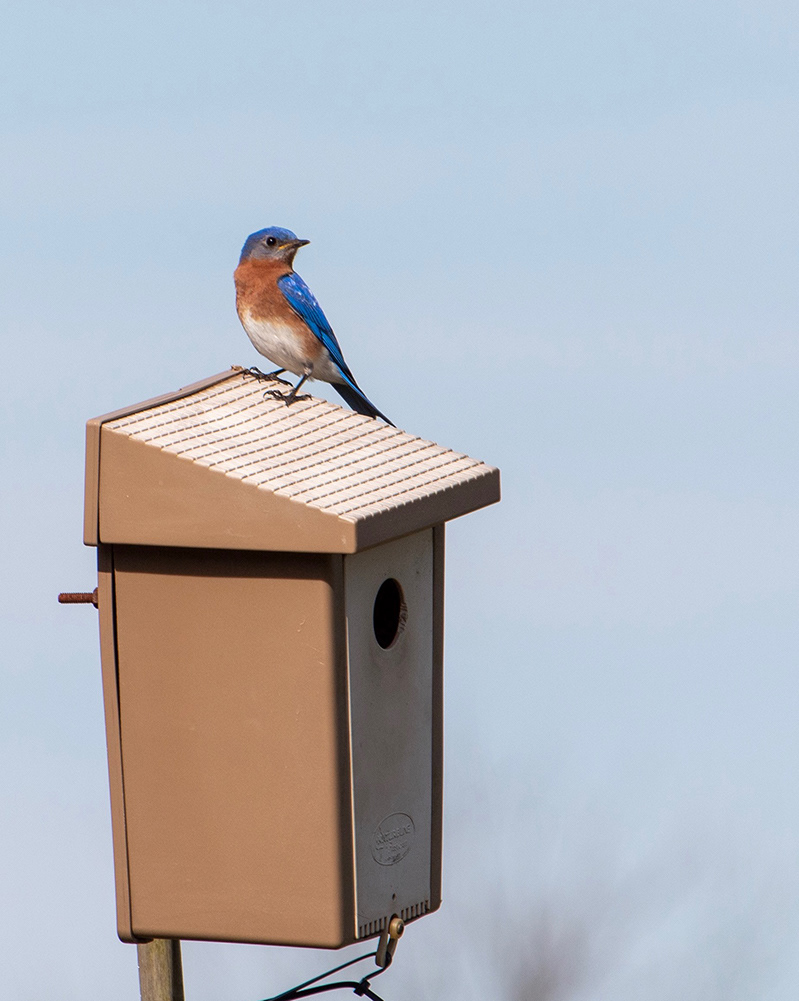 A male Eastern bluebird perches atop a nest box in the spring of 2019. This bird was likely looking to claim the box in hopes of attracting a mate. 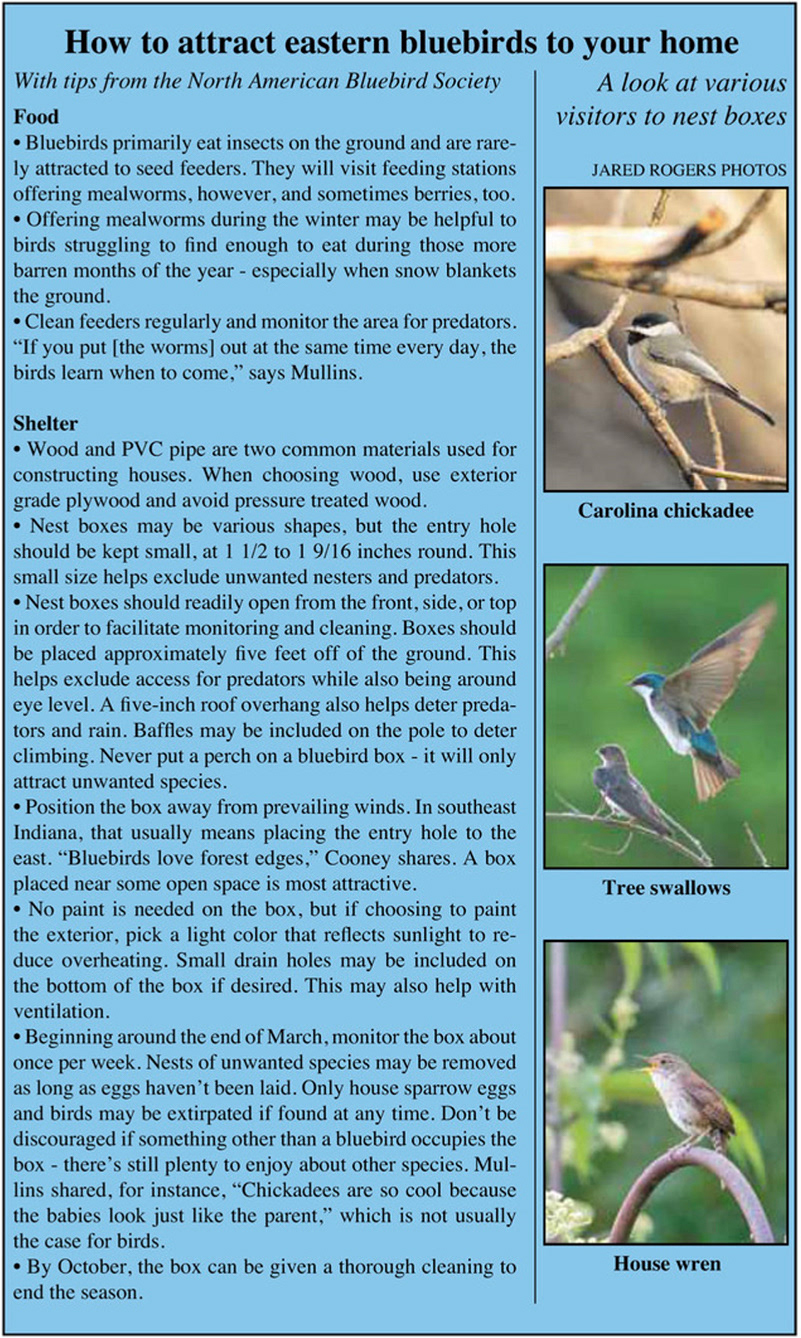 This pullout box accompanied the feature story on its carryover page.